The power of setting goals

In our previous episode  I helped working out a vision for the future. We now know that without a vision the things in our lives are not likely to change. Vision is crucial.

Still a vision alone is not enough. Now the time has come to transform our vision into specific goals and I’m here to help you do that.

Goals are a kind of milestones that we place in our vision for the future, for the vision to become measurable and specific. In other words, goals make sure that we can clearly and precisely define what we want. Settings goals seems pretty simple, but that’s not always the case. That’s why I will give you a few guidelines to set your goals. Here we go! 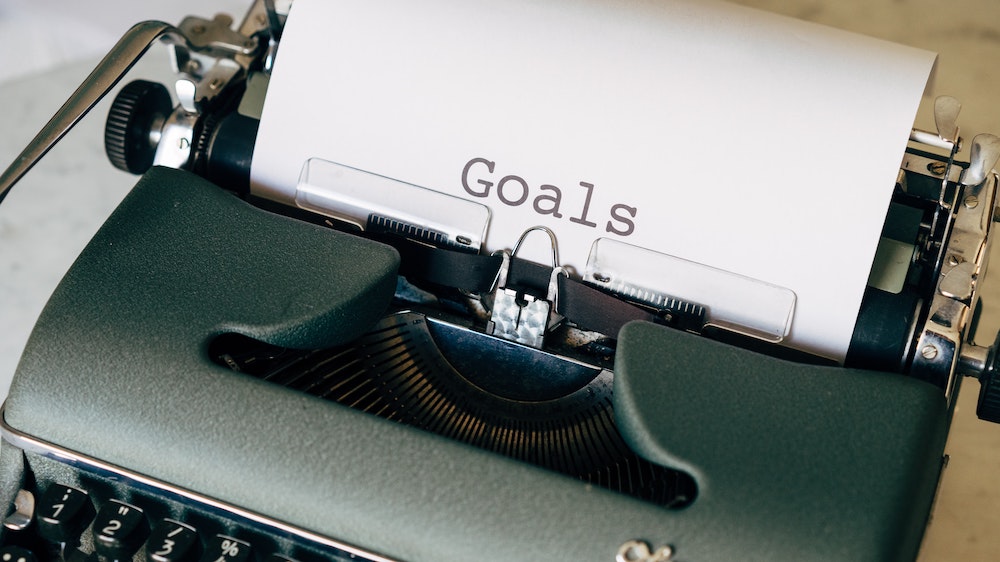 1. Keep the alter ego locked up

From the moment we start working out a vision, start dreaming and start setting goals, an annoying voice with an accompanying feeling emerges. This is the alter ego, also known as simply ‘ego’. And this is the piece of our personality that resides in our subconsciousness and will always try to keep us exactly where we are. It’s already quite clear: vision and alter ego are not compatible. One of these must win.

I know from experience that this voice and the accompanying feeling can be very persistent. If you want to learn more about this, I gladly refer to my online program ‘Silence Your Inner Critic’ (no, you don’t have to pay for this).

While setting goals, it’s very important to keep this voice locked up. The alter ego has no right to speak here. Setting goals is a conscious activity, so the subconsciousness should stay out of it.

Setting goals is not the same as putting together a grocery list. We will think big and dream, without any limits.

The question I hear mostly regarding this is “Shouldn’t a goal be realistic? And my answer is always “No.” The most important thing is that we set goals aligned with our vision and that we listen to our hearts while doing this. If we can think of it, we can also do it. Because we’re not taking our past into the future, we won’t look back while setting goals. The past has nothing to do with the future. So, don’t base yourself on this. If things turned out poorly in the past, leave them where they belong: in the past. That means we only look ahead.

If there were successes in the past, then make them even better in your goals.

4. Phrase the goal in a positive way

In earlier episodes we’ve already seen that it’s ok to start from the things you don’t want. Still, it’s important to phrase our goals in a positive way.

Kris was quite a bit overweight and had very poor eating habits. When the doctor warned him because his BMI was too high and he had turned into a walking time bomb, Kris wanted to work out a new future for himself. In my program I asked him what his main goal was, and he said, “I no longer want to be a high-risk patient.”

Kris knew what he wanted, but he phrased it wrongly. I told him “Fine Kris, but who do you want to be?” After a while he said, “I want to be healthy, fit, have energy and become lean.” You see? That’s another, positive phrase and that’s what we need! But this goal isn’t specific, and this brings us to the next point:

Kris had an image of what he wanted. Now he must make it specific, tangible, and measurable. With some help he was able to rephrase his goals: “I want to weigh 82 kg. I want to be able to run 3.5 miles. I want a size L.”

The reason why goals need to be specific, is obvious: we need to know when we have reached the goal. And this is only possible when they are measurable.

This is primarily important for feelings. Imagine us saying “I want to be happy.” ‘Being happy’ isn’t specific and measurable, so this goal is poorly phrased. Then ask the question “Who will I be when I become happy? How will I think? How will it feel? What decisions will I make? Where will I be? With whom will I be?” These coaching questions make our happiness goal specific and turn it into something measurable.

6. Ask no one for permission

A goal is something very personal. It’s ours, because it’s our vision and our life. Not everyone will agree with our goals, because then we grow away from our familiar comfort zone and for some people this can be very confronting. But this is their lesson, not ours.

When my daughter, on the age of seventeen, decided to go study in the United States for three months, it was really confronting for me. I considered her too young to go and live on the other side of the world completely on her own. Still, this was her dream and although I was scared, I let her leave. I got my lesson in letting go when Leen moved to the United States…

Each goal needs a date on which we want to see it turned into reality. Without a date, a goal is nothing but a piece of our vision. The date is necessary to keep us on the right track, so we will take action.

People often ask me “How do I set a date?” and my answer is always playful “Guess!” Because there’s nothing that can help us know which date is right for a goal. We set the date intuitively. We just need to follow our gut feeling.

Now the time has come to start working on our alter ego. It’s important that you first get to know your ego, because otherwise this piece of your personality will try EVERYTHING to keep you away from your goals. I gladly invite you to attend my free online course ‘Silence Your Inner Critic’.